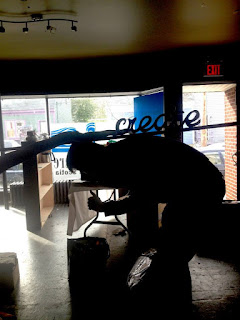 We're all about the work, but there comes a time when it needs an audience. And we do love a good show, no matter what stage it is in.

The Live-In performance series offers artists a chance to show their work in the form of workshop productions, works-in-progress showings, musical extravaganzas and more...

THE FINE PRINT:
Seating for performances at the Living Room is limited.
Reservations highly recommended unless otherwise noted. Email dapopolivein@gmail.com and specify the show in the subject line. Include performance date, number of seats, your name and phone number in the body of the reservation email.

Admission for most performances, unless otherwise specified, is $10 suggested donation. Cash only please.

A solo by internationally-acclaimed "fearless, raw young talent" Haley McGee blending storytelling, live art, clown and improvisation. I'm Doing This for You is the story of a woman making a big romantic gesture for a man. He's an aspiring stand-up comedian. Today is his 30th birthday. The audience is her gift to him. It's a surprise. The performance explores the extremes a person will go to in the name of eradicating her loneliness and the ways in which we write and re-write our own romantic narratives. It will be daring and uncomfortable and funny and a little bit sad.


We will sing. And eat cake. And go home.

Haley McGee is a Toronto based actor and writer. She has toured her award-winning solo show Oh My Irma to Edinburgh, London, Berlin, Amsterdam, NYC, Finland, Mongolia and Kosovo. OH MY IRMA debuted in Toronto at Passe Muraille. Recent acting credits include Infinity (Volcano/Tarragon), The Other Place (Canadian Stage), Helen Lawrence (Canadian Stage/Arts Club/International Tour), Dead Metaphor (Off-Mirvish/Cnd Rep), Moss Park (Passe Muraille/Green Thumb), Having Hope at Home and Early August (Blyth), The Story (Theatre Columbus). As a writer most recently she wrote and performed The Public Servant with Jennifer Brewin, Sarah McVie and Amy Rutherford, commission by Theatre Columbus (GCTC/MagNorth/Common Boots).  Her new solo, I’m Doing This for You will premiere in Berlin this November; she developed this piece at the Battersea Arts Centre in London UK, the National Theatre School of Canada and through Theatre Passe Muraille’s Buzz Festival. Haley has been selected to develop projects at the Banff Playwrights Colony, The Stratford Festival’s Writers Retreat and the Tarragon Theatre Playwrights Unit. Haley was a member of The Second City Conservatory and she holds a BFA in Acting from Ryerson University. 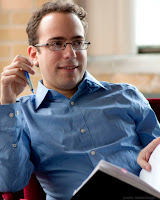 Mitchell Cushman is a director, playwright, producer and founding Artistic Director of Outside the March. He is also the Co-Creator of BRANTWOOD, Canada’s largest immersive musical theatre experience. As a director, Mitchell’s work has been seen on stages as large as the Royal Alexander Theatre, in spaces as intimate as a kindergarten classroom, and in locales as remote as Whitehorse and Munich. Favourite directing credits include: Mr. Burns, Vitals, Passion Play, Terminus, Mr. Marmalade (Outside the March); Possible Worlds (Stratford); New Jerusalem (Harold Green); I, Claudia, The Last of Romeo and Juliet, Possible Worlds (Talk is Free); Oh My Irma (Edmonton Fringe). He has received numerous distinctions for his theatre work, including two Dora Awards for Outstanding Independent Production, the Siminovitch protégé award, the Ken McDougal Award, and the Toronto Theatre Critics’ awards for Best Production and Best Director (Terminus). Mitchell is a graduate of the University of Alberta’s MFA Directing program. 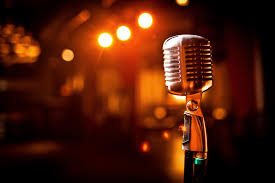 Thanks to popular demand, HITS is back for a second year of vocal delight. Join some of Halifax’s most exciting theatre companies as they embrace their inner musical selves in a very outward manner, including: Vocalypse, TheatreSpeak, Taboo, DaPoPo... more to be announced!

Friday, October 16th, 8:00 pm - Concert Version
KAMP: The Musical by Garry Williams & Jamie Bradley
LOCATION: TNS Living Room, 2353 Agricola St
Imprisoned in the isolation block of a Nazi death camp, the homosexuals in Block 14 transcend the horrors of forced labour by staging a musical cabaret night. Based on historical events, KAMP explores a few weeks in the lives of a handful of extraordinary men whose wit, humour, and passion allowed them to find humanity in the grim reality of prosecution, torture, and utter desolation.

Be the first to hear the songs from this new full-length musical based on real events in Sachsenhausen during the holocaust. This tuneful homage to 1940s popular song, "degenerate" music is a must for queer history buffs, musical theatre lovers, and anyone who wants to enjoy a soulful, entertaining musical night out. 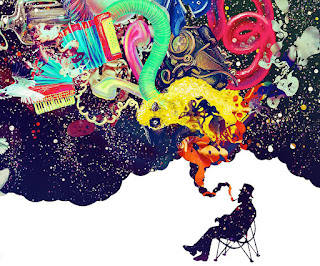 When he was six, Karl Marx got his beard caught in a sewer grate. He had been pressing his ears to the ground, listening for dinosaur stampedes.
“KARL MARX!” His mother shouted. “Get your head off the pavement!”
But the beard was strong and willful. It looped around the grate edges and locked.” 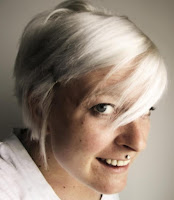 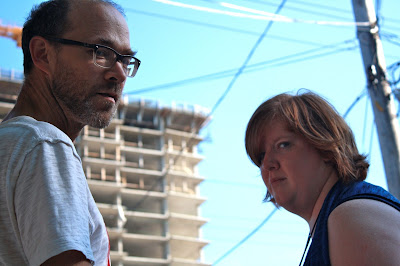